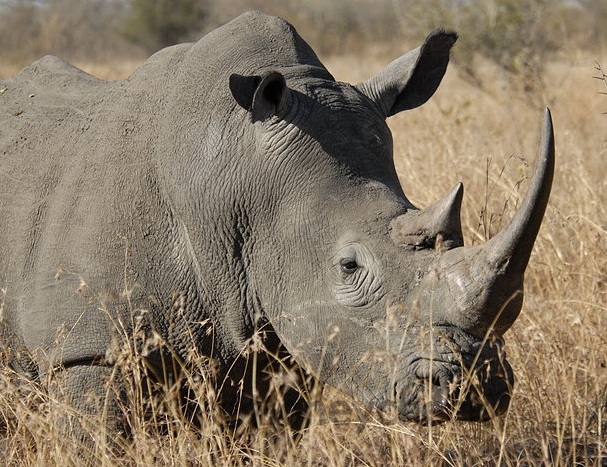 I've been asked on many occasions "how did the name Steel Rhino come about"? Although the answer is simple, the history and passion behind the name is somewhat complicated and fun. I have always had a pachyderm fascination; the name pachyderm is derived from the Greek language meaning "Thick Skinned". Among the most popular of the pachyderm mammals are elephants, rhinoceros, and hippopotamus. The most significant to me is the South African Black Rhino.

There are many nationalities that also have magical beliefs that the rhino has mystical power in the horn and, unfortunately the rhino is becoming endangered due to poaching. The horn is valuable and in many forms is thought to have a magical power that even cures cancer.

Talk about longevity, rhinos have lived on earth for 40 million years on many continents and a variety of climates. In 1970, there were 70,000 rhinos, and today, fewer than 15,000 survive in the wild. In the 1980's, the black rhino population declined by 99% in Kenya and now there are no rhinos surviving in Zambia.

Scientific study and observations show that the black rhino is social, caring and intelligent creatures that do not fit the stereotyped solitary, aggressive animals they are reputed to be. Much as with elephants, family and social relationships are important in the life of black rhino.

The rhino is an animal that is passionate, caring, and determined. These animals can run very fast, with speeds up to 45km/hr and are surprisingly maneuverable. These animals have keen hearing and an excellent sense of smell. It is difficult to sneak up on a rhino as it is always aware of its surroundings. Unfortunately, poachers have rifles and long scopes to find and kill this magnificant animal.

The name Steel Rhino was derived from the visual effect of the rhino, they have thick, heave hides which go into folds at the hips and shoulders, resembling armor plating.

Steel Rhino Property Inspections is proud to have adopted Dundi, a black rhino, born in South Africa in 1994 (female named Dundagos, which means "we have achieved" in Nama. She is known as Dundi for short. Dundi, the fist calf ever born in captivity was born in the Augrabies Falls National Park. She was living in a park until they were threatened to be killed by some of the local population in a land rights dispute. The head ranger was worried about the safety of the animals and they were relocated to another National Park in South Africa in 2000.

Dundi was selected as one of the first group of five rhinos to be relocated to the park and the p roject was hugely successful, not only for offering a vital habitat for the rhino, but also for the employment for the local people through increased tourism. This new habitat also secured the last surviving endangered Cape Mountain Zebra which shares the area with the black rhino.

In March 2007, Dundi became a mother herself – producing her first calf, a young male named Vuya. A rhino can produce a single calf every two years; unfortunately, with the vicious rise in rhino poaching, more than 333 rhinos were killed for their horn in South Africa in 2010, the remaining rhinos will not be able to produce well enough to sustain the population. This animal is on the endangered species list and action must be taken to preserve the remaining animals and their habitat.